The Tree Care Industry Association (TCIA), a member and accredited standards developer of the American National Standards Institute (ANSI), has announced that David White is its new president and CEO. Mr. White assumed this position following the retirement of Mark Garvin, who was with TCIA for over 21 years.

Mr. White comes to TCIA from the Northeast Public Power Association, a non-profit trade association that represents consumer-owned utilities in New England, where he was the executive director. Prior, he was the director of external affairs and strategy for the Massachusetts Dental Society. He holds a bachelor's degree in political science from Northeastern University and an MBA and Juris Doctor degree from Suffolk University.

"David is the best choice from a very large group of highly qualified candidates," said Andy Felix, incoming board chair of TCIA. "He's a certified association executive with the education and association background we were looking for. Even more important, the Board believes he is the right person to advance TCIA's strategic plan for the members and the industry. We're delighted that he's accepted the position and eager to get to work."

AAMI, an ANSI member and accredited standards developer, has named Danielle McGeary its first vice president of healthcare technology management (HTM). In this position, Ms. McGeary will focus on increasing the number of qualified HTM professionals and strengthening the field in general.

Previously, Ms. McGeary was the district manager for Aramark's northeastern region. Prior to that, she was with the VA Boston Healthcare System and VA Bedford Medical Center as director of clinical engineering and acting health systems. She holds a bachelor's degree and master's degree in biomedical engineering from the University of Connecticut, and has authored several articles published in AAMI's journal and the Journal of Clinical Engineering.

"Our decision was tough. We had a lot of incredibly talented candidates from a field of more than 250 applicants," said Robert Jensen, AAMI president and CEO. "Through her resume and a series of interviews, Danielle stood out for her intelligence and creativity. She will also bring a lot of enthusiasm to efforts to attract younger HTM professionals to join AAMI." 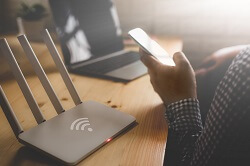