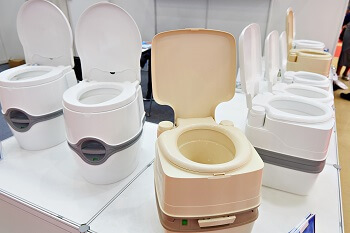 A newly published standard will revolutionize the development of "next generation toilets," also known as "non-sewered sanitation systems," and will encourage cleaner safer sanitation systems for populations in communities across the planet. The International Organization for Standardization's ISO 30500, Non-sewered sanitation systems Prefabricated integrated treatment units General safety and performance requirements for design and testing, released in October and available on the American National Standards Institute (ANSI) webstore, will support better and safer toilets in areas where infrastructure such as sewers, plumbing and electricity are not available.

While safe and clean toilet sanitation is linked to better health, safety, and livelihood of humanity, global health statistics reflect that in reality, billions of lives across the planet are at risk of disease and death due to underdeveloped sanitation systems. The World Health Organization (WHO), for example, reports that an estimated 2.5 billion people35 percent of the world's populationlive without access to "improved sanitation." Toxins related to poor sanitation can lead to widespread disease epidemics and a surge in crime: people without access to private and clean toilets are more susceptible to violent attacks, especially women and children.

The International Organization for Standardization (ISO) Project Committee (PC) 305, titled Sustainable non-sewered sanitation systems, developed the new standard to establish a common set of goals that manufacturers can use as they reinvent toilet technology. It does not address specific devices, rather the standard seeks to spur innovation by providing general safety and performance requirements for product design and performance testing of non-sewered sanitation systems for prefabricated integrated treatment units. It will apply to any integrated sanitation system that is not attached to a sewer. ANSI is the U.S. member body to ISO.

Experts representing industry, government, academia and non-governmental organizations came together to form the consensus of the standard. "The development of ISO 30500 was expertly led by the chair (USA) and twinned secretaries (Senegal and USA) over numerous project committee and working group (WG) meetings over just two years, which involved hundreds of experts from numerous countries spending collectively tens of thousands of work hours," said Sun Kim, the Chair of the US committee mirroring ISO/PC 305. ISO/PC 305 and its Working Group (WG) prepared the draft of the standard. Two organizations also contributed to the drafting of ISO 30500: the African Water Association (AfWA) and the Toilet Board Coalition (TBC).

Sun Kim, the Chair of the US committee mirroring ISO/PC 305, noted that the publication of ISO 30500 will have a significant impact on scaling of near-future non-sewered sanitation/toilet systems by setting minimum performance requirements to ensure personal and community safety. "Users will also have a more positive experience compared to many existing non-sewered systems used in environments with limited resources such as water and electricity, and most of all, ISO 30500's positive impact will be felt throughout the world, especially in areas with little or no sanitation services."

John Kessler of Accenture Joins Workcred Board of Directors