Mr. Gilpin has served as IFMA's interim COO since February 2018. Previously, he was the executive director and COO of the Custom Electronic Design and Installation Association (CEDIA), where he played a key role in the founding of two industry organizations for the electronic systems industry. He also served as executive director for the Interior Design Educators Council for Raybourn Group International. Mr. Gilpin has extensive experience in international association management, trade show production, international association/certification programs, legislative advocacy, and workforce development.

"While this is welcome news, it isn't a big surprise for anyone here at IFMA," said IFMA board chair Graham Tier. "For the better part of this year, Don has led IFMA's operations through some big changes, while contributing to an operational culture that promotes value for our members, partners, and collaborators. In doing so, he has earned the trust and respect of staff and the global board. I'm confident that IFMA's operations are in good hands."

Prior to joining ITI, Ms. Courts was with Precision Strategies, where she worked to advance the strategic communications goals of tech industry clients. She also worked at Subject Matter, guiding message development, media relations, and crisis communications for associations, corporations, and non-profits. Previously, she was the communications director for the Senate Homeland Security and Governmental Affairs Committee in U.S. Senator Tom Carper's office (D-Del).

ITI also announced the appointment of Clare Sahin as manager of state and local affairs. 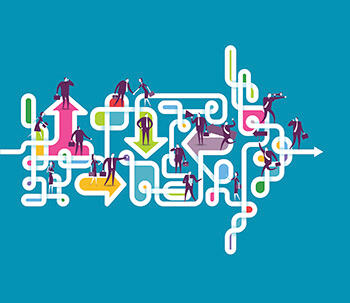