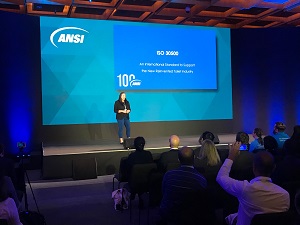 The collective goal of the event, organized by the Bill & Melinda Gates Foundation, is to underscore global commitments to sanitation - namely, better and safer toilets. These "reinvented" toilets operate where traditional infrastructure such as sewers, plumbing and electricity are not available, a common challenge found across the world's poorest regions. ANSI and the Association Senegalese de Normalisation (ASN) were present at the meeting in Beijing to discuss the value of the standard in an effort to commercialize reinvented toilets.

ISO 30500 was developed by ISO Project Committee (PC) 305 under U.S. leadership with Senegal and the U.S. serving in a twinned secretariat capacity. Dr. Doulaye Kone, deputy director on water, sanitation, and hygiene at the Gates Foundation, serves as the committee chair. The work comprised numerous PC and working group (WG) meetings over two years and involved hundreds of experts and tens of thousands of collective work hours.

An estimated 4.5 billion people worldwide live without safely managed sanitation. Underdeveloped sanitation can be a threat to humanity as toxins linked to unsanitary or underdeveloped toilet systems can lead to widespread disease epidemics and a surge in crime: people without access to private and clean toilets are more susceptible to violent attacks, especially women and children.

Poor sanitation puts a strain on the global economy, too. Each year, unsafe sanitation leads to $200 billion lost due to health care costs and decreased income and productivity, Gates Foundation reports.

How Will ISO 30500 Support Better Sanitation?

ISO 30500 will spur innovation and support healthier living conditions for millions of people. The standard contains criteria for the safety, functionality, usability, reliability, and maintainability of non-sewered sanitation systems, as well as the system's compatibility with environmental protection goals such as the United Nation's Sustainable Development Goals.

Human waste, which contains germs and potentially fatal contagions, must be treated properly in order avoid widespread health risks and disease. ISO reports that outputs of sanitation systems that meet ISO 30500's requirements will be free of such pathogens; thus the standard will help protect individuals, communities, and resources, preventing drinking water from pollution and outbreaks of potentially lethal diseases.

Moreover, the standard provides sound basis for the development of national or local regulation for non-sewered systems, and reflects the consensus of regulators, manufacturers, and users from across the world. It also gives regulators the benefit of the consolidated opinion of experts without having to call on their services directly.

Prior to the three-day Beijing expo, which ended on November 8, ANSI and the Standardization Administration of China (SAC) co-hosted a workshop for Chinese stakeholders to raise awareness about the standard and its relevance to the Toilet Revolution initiative in China. 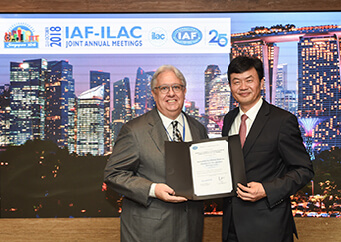 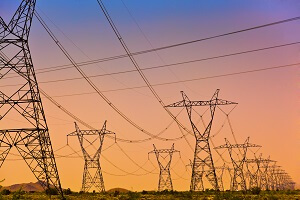