The American National Standards Institute (ANSI), through its public-private partnership with USAID called the Standards Alliance, organized a workshop on liquid cooking fuel standards in Lusaka, Zambia, on November 1. The Zambian Bureau of Standards (ZABS) served as co-host for the workshop, while POET, a U.S. biofuel company that specializes in the creation of bioethanol, served as co-sponsors and co-organizers. The one-day workshop enabled a technical exchange on a variety of international standards, including the ASTM International standard for ethanol as a home cooking and appliance fuel.

This activity replicated a previously successful Standards Alliance event on ethanol cooking fuel standards that took place in Uganda in the fall of 2016, which led to Uganda's government adopting ASTM International's standards for ethanol as a home cooking and appliance fuel as a Ugandan national standard.

Ethanol, also known as ethyl alcohol, is the most environmentally friendly alternative to fuel and is produced from organic matter, including corn and other plant materials such as sugar cane and grasses. Its impact is significant: Using ethanol can reduce oil dependence and greenhouse gas emissions.

The Zambia workshop, entitled, "Workshop on Standards for Liquid Cooking Fuels," featured a variety of liquid cooking and home appliance fuels, including ethanol. The workshop presentations from ZABS and the Zambian Ministry of Energy underscored the value of cooking fuel standards and renewable energy goals and programs that exist in Zambia.

Following presentations by the Zambian government, U.S. presenters from POET, Project Gaia, and Dalberg provided information on standards for ethanol as a cooking fuel, liquid cooking fuel programs across Africa, practical cooking fuels standards, and methods for scaling cooking fuels in Africa. Presentations included a discussion of ASTM E3050, Standard Specification For Denatured Ethanol for Use as a Cooking and Appliance Fuel for denatured ethanol for use as a clean cooking fuel and appliance and Uganda's experience with this standard following a 2016 Standards Alliance activity.

In Southern Africa, the household cooking sector is the main consumer of solid biomass, representing the largest share of final energy consumption in the region. In Zambia, approximately 82 percent of the population uses solid fuels for cooking. While traditional biomass fuels such as wood and crop residue are renewable in principle, the current level of usage is not sustainable and contributes to massive deforestation and negative health impacts. In 2015, an estimated 212 million people in the Southern Africa region were affected by household air pollution from indoor smoke and airborne particles due to cooking with solid fuels. This exposure leads to more than 153,000 premature deaths per year in the region according to the World Health Organization.

Liquid cooking fuels, however, are uniquely suited for household use. For example, when used in a proper stove, ethanol burns cleanly and efficiently, cannot explode, and cooks meals faster than traditional biomass. Cleaner, more efficient cooking fuels are an essential component of regional efforts to reduce environmental impacts of deforestation and risks to human health, but also create an opportunity for small holder farmers to diversify their incomes through access to a second market.

The promise of ethanol and other clean fuel options cannot be achieved without a sound technical and policy framework to support the production, sale and distribution of clean fuels. In addition to technical standards and conformity assessment that address the performance and safety requirements for cooking fuels, taxes and tariffs on cooking fuels also need to be addressed before an enabling business environment can be realized.

The agenda and presentations from the workshop are available online. For more information on the Standards Alliance and standards activities in Southern Africa visit www.standardsalliance.ansi.org. 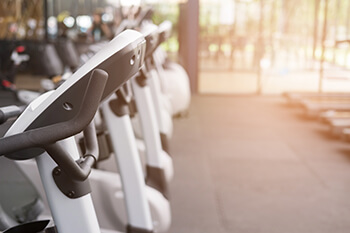