More U.S. homeowners are taking conscious steps toward global greener goals with home solar panel installations, a new Pew Research Center study finds. Amidst climate-warming trends that include rising temperatures, climbing sea levels, and catastrophic fires that lead to massive ecosystem destruction, 87% of homeowners surveyed who switched to solar indicate that they did so because they want to help the environment.

The Inner Workings of Solar Usage

Solar panels operate as photovoltaic cells absorb sunlight to generate electricitya cleaner and more cost effective alternative to fossil fuels. Pew also reports that solar power (both small- and large-scale) generated only 2% of the total electricity in the United States from October 2018 to September 2019, whereas natural gas generated 37% and coal generated 25% of total electricity. Moreover, while solar research traces back to 1839 when the French physicist Edmond Becquerel discovered the photovoltaic effect, very recent developments in technology support the new surge in solar usage.

Just five years ago, an engineering team at the University of California developed a nanoparticle-based material that converts 90 percent of captured light into heat. In that same year, a study from the International Electrotechnical Commission (IEC) and the Fraunhofer Institute for Systems and Innovation Research ISI found that nanotechnology was set to bring significant benefits to the energy sector, especially to energy storage and solar energy.

To support such growth, the American National Standards Institute Nanotechnology Standards Panel (ANSI-NSP), a cross-sector coordinating body for the facilitation of standards development in the area of nanotechnology, helps identify relevant standards necessary to ensure the efficient utilization and commercialization of semiconductor nanoparticles make printing solar cells affordable, among other developments.

To that end, solar panels can prove cheaper than a comparable investment in coal, natural gas, or other fossil fuel optionswhich is good news for homeowners. The Pew study also indicated that 96% of homeowners that are considering solar said that that they want to save money on utility bills.

Another ANS, ANSI/ASHRAE 93-2003, Methods of Testing to Determine the Thermal Performance of Solar Collectors, provides test methods for determining the thermal performance of solar energy collectors that use single-phase fluids and have no significant internal energy storage. The standard was developed by the American Society of Heating, Refrigerating and Air-Conditioning Engineers (ASHRAE), an ANSI member and accredited standards developer.

The ANS developed by IAPMO, ANSI/IAPMO USHGC 1-2018 Uniform Solar, Hydronics and Geothermal Code, provides the built industry with uniform solar standards resulting in a reduction in training costs, product development costs, and in price reduction for consumers. It addresses sustainable energy sources and hydronics practices, and serves to coalesce and integrate the hydronics industry. It provides consumers with safe solar and hydronics systems while allowing latitude for innovation and new technologies. IAPMO is an ANSI member and audited designator.

See other solar-related standards news on ANSI.org or find out more about the Pew study on solar usage. 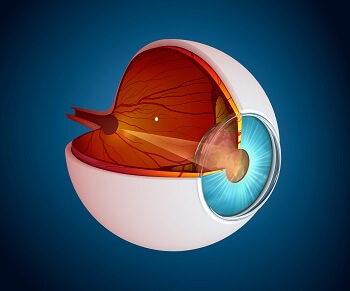