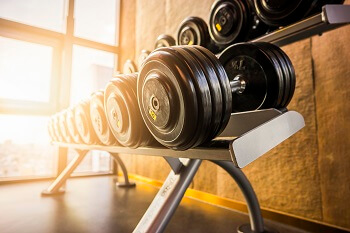 There are countless ways to set world records, from the somewhat ordinary (fastest marathoner) to the truly bizarre (most rotations hanging from a power drill). Standards have helped many unique go-getters around the world achieve their record-setting dreams.

Fitness is possible at any age, as proven by record holder Jim Arrington, the world's oldest competing professional bodybuilder at 86 years old. Jim began entering weightlifting competitions in 1947, and now is often the only competitor in the group for men aged 70 and older. The weight-lifting equipment found in Jim's Venice, CA, gym as well as other local gyms where you can begin your bodybuilding career is guided by American and international standards such as ISO 20957-4:2016, Stationary training equipment - Part 4: Strength training benches, additional specific safety requirements and test methods. Developed by the International Organization for Standardization (ISO) Technical Committee (TC) 83, Sports and other recreational facilities and equipment, this document specifies requirements for stationary strength training benches and free-standing barbell racks. The American National Standards Institute (ANSI)-accredited U.S. Technical Advisory Group (TAG) administrator to Technical Committee (TC) 83 is ASTM International, an ANSI member and audited designator.

Intense workouts aren't the only way to set records with physical feats. Hunter Ewan used his impressive lung capacity to claim the record of most balloons blown up in one hour by an individual. Hunter earned the title by inflating an astounding 910 balloons in 60 minutes. His strategy included positioning his body so that none of his appendages became numb, working with a surgeon to learn a quicker and more efficient way to tie off balloons, and researching how to reduce lightheadedness during the hour-long process. If you want to try to beat this record at home - or just throw a birthday party - you can rely on a standard by ASTM to keep you safe. ASTM F963-17, Standard Consumer Safety Specification for Toy Safety, guides a wide variety of toys and playthings intended for use by children under 14 years old, including balloons, yoyos, magnets, pacifiers, and many other items.

Stuck at work? World records can be set from the comfort of your office! Vinod Kumar Chaudhary proudly holds the title of world's fastest typist using the nose. He typed, "Guinness world records have challenged me to type this sentence using my nose in the fastest time." in just 46.30 seconds. He practices his typing skills for at least four hours every day. A standardized keyboard layout is essential for this record, and those attempting to replicate the feat can rely on the guidance of INCITS 154-1988[S2009], Office Machines and Supplies - Alphanumeric Machines - Keyboard Arrangement. Developed by the InterNational Committee for Information Technology Standards (INCITS), an ANSI member and accredited standards developer, this document describes the arrangement of the 48 basic keys on the keyboard and the uppercase and lowercase characters that appear on the keys.

These three title-holders are highly accomplished in their unique crafts, so their records are undoubtedly tough to break. The good news is, there are endless other records to be thought of, set, and broken, and standards are there to help at every step of the way.