Version 2 Kickoff Meeting to be held September 12 in Washington, DC

The UASSC's mandate is to coordinate and accelerate standardization to facilitate the safe integration of unmanned aircraft systems (UAS) into the national airspace system of the United States, with international coordination and adaptability. The overarching goal is to facilitate the growth of the UAS market with emphasis on civil, commercial, and public safety applications. To that end, the UASSC published in December 2018 a Standardization Roadmap for Unmanned Aircraft Systems, Version 1.0. The roadmap describes the current and desired future standardization landscape for UAS. It was developed with strong support from the Federal Aviation Administration (FAA) and over 300 individuals from industry, government agencies, standards developing organizations (SDOs), and academia. To date, the document has been downloaded 1,000 times.

Sponsorships are being sought as part of an update to the roadmap to be launched with a kickoff plenary meeting on September 12, 2019, in Washington, DC. Prior plenary meetings have drawn upwards of 75 participants from more than 50 organizations. The roadmap version 2.0 is targeted to be published by the end of June 2020. It will provide updates on progress by the SDOs to address the roadmap's 60 identified gaps where no published standard yet exists, discuss topics that may have been overlooked, and confirm the priorities that are most critical.

In the lead-up to the September meeting, ANSI will be speaking about the roadmap at AUVSI's XPONENTIAL and the FAA's UAS Symposium and seeking to engage new participants in the process, particularly manufacturers of avionics and aircraft. Participation in the UASSC is open to UAS stakeholders that have operations in the United States. Membership in ANSI is not a prerequisite and there is no fee to participate. All sponsorship revenue will be directly applied to help offset the Institute's costs of operating the UASSC.

"As the market for UAS continues to grow, standards and related conformance programs will continue to play a key role in supporting the evolving policy framework. As a coordinating body, the UASSC has been instrumental in describing what is happening now and what more needs to be done," said ANSI president and CEO S. Joe Bhatia. 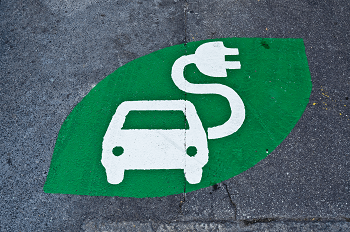