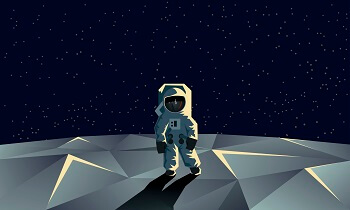 This July marks the 50th anniversary of the Apollo 11 Moon mission, when astronauts Neil Armstrong and Buzz Aldrin became the first humans to set foot on the moon. Half a century later, NASA continues its robust space exploration projects, and standards have played an important role in the safety and success of these efforts every step of the way.

A return trip to the moon is a top priority for NASA - but this time, the plan is to stay there and eventually proceed to Mars. Astronauts on the Artemis missions will establish a sustainable human presence on the moon, allowing them to make new scientific discoveries and demonstrate technological advancements. Use of these technologies in space is the first step in taking mankind to Mars and beyond.

The mission requires intense preparation, and a recent successful demonstration of the Orion spacecraft's launch abort system brings NASA closer to making the initiative a reality. The Orion is a spacecraft that will carry up to four crew members farther than humans have ever gone before, and will support these astronauts for days as they work hundreds of thousands of miles from home. Due to the nature of the mission, the Orion must be able to operate reliably and keep astronauts alive in these extreme distances in case of emergencies, while still being light enough to be launched by a rocket.

NASA's Ascent Abort-2 was a test version of the Orion crew module, proving that the launch abort system can pull astronauts to safety in case of an emergency during launch. The structure is composed of a launch abort tower with an abort motor, attitude control motor, and jettison motor, encapsulated by a shell of a lightweight composite material to protect the capsule from environmental factures. Composite materials similar to ones used in this shell are guided by SAE ARP 6287-2018, Environmental Degradation of Composite Materials. This standard, developed by American National Standards Institute (ANSI) member and accredited standards developer SAE International, is one of several Aerospace Recommended Practices (ARP) published by SAE.

Other important components of aerospace safety include finished cables. The American National Standard (ANS), ANSI/NEMA WC 27500-2015, contains requirements for finished aerospace and industrial electrical cables. These cables are intended for signal and low-voltage power applications with defined environment or temperature conditions found in commercial aircraft, military aircraft, and high performance vehicles. The standard was developed by the High Performance Wire and Cable section of the National Electrical Manufacturers Association (NEMA), as a nongovernmental standard replacement for MIL-DTL-27500 electrical cable, which is widely used in aerospace and other industries.

The future of space exploration is taking another path as well: commercial space tourism. Private space travel for recreational purposes is an emerging industry that is becoming a reality. NASA has announced that they aim to allow private astronauts to go on the International Space Station beginning in 2020, at a price of $35,000 per person, per day. Several ANSI member organizations are involved in the development of standards to usher in this new frontier of travel, including ASTM International through ASTM Committee F47, Commercial Spaceflight, and SAE through its work with the International Association for the Advancement of Space Safety (IAASS). Standards will continue to lead the way in many areas of private space travel, from human protections and accommodations, to system safety, to procedures and rules.

And regardless of what the next 50 years will bring for space exploration, ongoing standardization efforts are underway to strengthen spacecraft safety. Efforts include the International Organization for Standardization (ISO)'s Technical Committee (TC)20 on Aircraft and Space Vehicles, in which ANSI holds the secretariat. ANSI is the U.S. member body to ISO.

Space exploration has come a long way thanks to advancements in science and technology, with the support of standards, that allow us to explore further into the universe than ever before.

See a more comprehensive list of aerospace standards on ANSI.org.