The U.S. National Committee (USNC) of the International Electrotechnical Commission (IEC) has announced that Kevin Lippert, senior manager of standards for Eaton's Electrical Sector, has been elected as the new USNC president. Mr. Lippert's appointment comes following the retirement of USNC president John Thompson, who retired from UL at the end of 2018.

A committee of the American National Standards Institute (ANSI), the USNC is the U.S. member body to the IEC and serves as the focal point for U.S. stakeholders interested in the development, promulgation, and use of globally relevant standards for the electotechnical industry. The committee is also engaged in the assessment of conformance to standards, undertaking work in areas such as testing, certification, and accreditation.

Following Mr. Thompson's retirement announcement last year, the USNC immediately took action to fill the role in order to avoid any gaps in representation and leadership. A long-time USNC member and recent appointee to ANSI's Board of Directors and its Executive Committee, Mr. Lippert is manager of electrical codes and standards at Eaton, and previously served as the USNC vice-president for membership development and recruitment. Upon his election as president, Mr. Lippert immediately took over Mr. Thompson's unexpired 2019 term, and will subsequently serve a complete three-year term in 2020-2022. As part of his responsibilities, he will also serve as the USNC Member of the IEC Council Board and leader of the USNC delegation at all meetings and events.

"ANSI and the USNC sincerely thank John for his years of dedicated service and leadership," said Joe Bhatia, ANSI president and CEO. "We look forward to continuing to build on the tremendous record of accomplishment the USNC achieved during his tenure, and we congratulate Kevin on his well-deserved appointment." 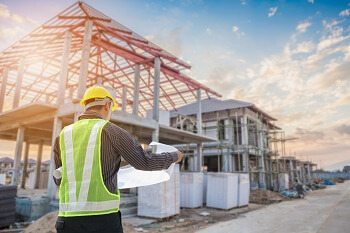