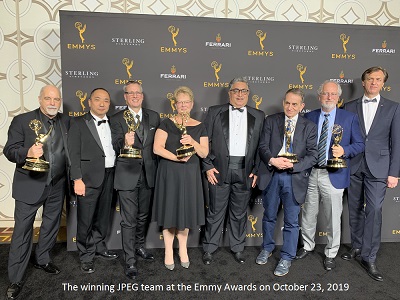 The U.S. Academy of Television Arts & Sciences awarded the team at the 71st Engineering Emmy Awards on October 23 in Los Angeles, and recognized the group for its "groundbreaking and game-changing work of lasting value to the television industry."

JPEG, which has helped advance digital photography, and by extension, videography, is the image format used most around the world. The JPEG group, under the direction of ISO/IEC Joint Technical Committee (JTC) 1, subcommittee (SC) 29, Coding of audio, picture, multimedia and hypermedia information, developed the JPEG standard - ISO/IEC 10918, Information technology - Digital compression and coding of continuous-tone still images. The standard was created in 1992, and is composed of four separate parts and an amalgam of coding modes.

"JPEG is used everywhere, all the time. Every day around the world, a huge number of JPEG images are created, uploaded, and shared. It's a great achievement by the JPEG committee," said Teruhiko Suzuki, chair of ISO/IEC JTC 1/SC 29.

"It is a real pleasure to see the work of our experts recognized in this way," said Sergio Mujica, Secretary-General of ISO. "This group is at the forefront of innovation and technology in the industry and represents a good example of how standardization work can result in groundbreaking solutions and technologies that impact us all. It is also a great example of fruitful collaboration between many countries and organizations, and I wish to congratulate all of those who were involved."

Read more about the Emmy award via the official ISO or IEC releases, or learn more on the official JPEG site.

As one of the largest and most prolific technical committees in the international standardization community, ISO/IEC JTC 1 has had direct responsibility for the development of more than 3,000 published ISO standards, with nearly 600 currently under development. Its work in standardization also encompasses 21 subcommittees that make a tremendous impact on the global ICT industry.

The U.S. plays a leading role in JTC 1, with ANSI, the U.S. member body to ISO, serving as secretariat. 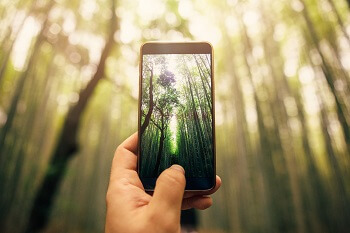