The American Nuclear Society (ANS), a member and accredited standards developer of the American National Standards Institute (ANSI), has chosen Craig Piercy to fill the role of executive director and CEO.

"The Board of Directors agreed that Craig has the right balance of industry knowledge and management experience to help our 65-year old Society modernize how we meet the needs of nuclear professionals today," said Marilyn Kray, ANS president and vice president at Exelon. "Craig brings professionalism and vision to the Society's unique network of universities, national laboratories and nuclear companies. These are essential during a time of rapid change and tremendous opportunity in the arenas of nuclear science and technology."

Mr. Piercy joins ANS from Bose Public Affairs Group where he held the position of managing director of federal relations. Prior to entering private practice, Mr. Piercy worked on Capitol Hill for eight years and served as chief of staff for Congressman Joe Knollenberg (R-MI).

"The Society represents some of the nation's best and brightest scientific professionals," said Mr. Piercy. "I am excited about the fresh direction ANS is adopting with its new strategic plan and honored to be in a position to lead the charge."

The American Petroleum Institute (API), an ANSI member, has named Frank Macchiarola as senior vice president of policy, economics and regulatory affairs. Mr. Macchiarola, a veteran Capitol Hill attorney and policy expert, will lead a newly aligned division at API that will integrate and bolster the organization's advocacy, organizing regulatory affairs, economics, as well as the upstream, midstream, downstream and market development departments.

"Frank's experience in government, private practice and energy trade associations uniquely positions him to play a critical strategic role as we address increasingly complex issues facing the industry," said Mike Sommers, API president and CEO. "His policy expertise, strategy acumen, and dedication to our industry are not only qualities that are admired by all who know Frank, they will also be critical assets to API as Frank assumes this new role."

Abbott Laboratories, an ANSI member, announced that Miles White, Abbott chairman and CEO, will step down on March 21, 2020, concluding a 21-year tenure. Robert Ford, Abbott's president and COO, will become CEO at that time. Mr. White will remain executive chairman of the Board.

"I am honored to have had the privilege to lead such a great institution and to have worked with so many talented individuals over the years," said Mr. White. "One of the primary goals in my career has been to leave the Company well positioned for the people who count on us. Today, the company is the strongest it has been during my tenure, and I am confident that Robert will lead Abbott successfully into the future. He is highly respected, has helped us shape the company during the last several years and understands the forces driving change in healthcare."

Mr. Ford will become the 13th CEO of Abbott in its 131-year history, all having been appointed from within the company. Mr. Ford originally joined Abbott in 1996. He was appointed president and chief operating officer in October 2018.

Tim Brooke is the New the Safety Equipment Institute COO

Mr. Brooke replaces Pat Gleason who intends to retire from SEI in early 2020 after a 25-year career in certification as SEI's first president.

"Pat Gleason's decades-long legacy in certification is a testament to her leadership and dedication to manufacturers and laboratories as well as front-line workers, athletes, and consumers who rely on safe, well-performing products," according to Katharine Morgan, ASTM International president. "SEI is well-positioned for the future in the hands of Tim Brooke, who already has a deep understanding of our growing footprint in certification."

As the executive director, Ms. Kimball will provide leadership on research initiatives that pertain to fire protection, emergency response, and safety in the built environment. Ms. Kimball will also work with the Research Foundation's Board of Trustees and collaborate with project sponsors, project contractors, and advisory panel members who provide peer oversight and guidance.

"It is an honor to be the new executive director of the Research Foundation," Ms. Kimball said. "So often we hear incoming leaders state that they have big shoes to fill. I know exactly why they say as much, given Casey Grant's accomplishments, his far-reaching influence, and the undisputable impact that he has had on reducing risk in our world. I applaud Casey's extensive contributions and thank him for the incredible mentorship that he has offered our team members along the way." 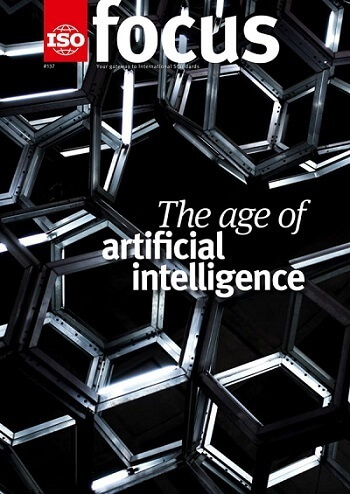 In New ISOfocus Issue, ANSI President and CEO Offers Insights on the Age of Artificial Intelligence 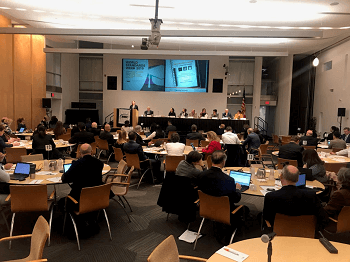