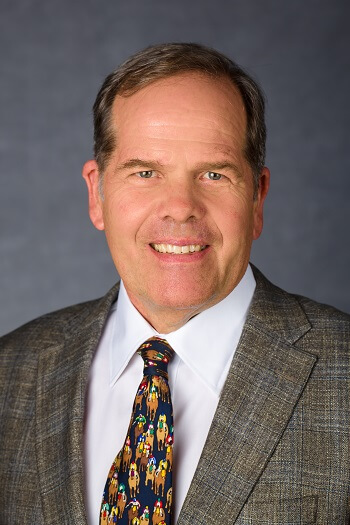 Friends, members, staff, and colleagues of the American National Standards Institute (ANSI) mourn the loss of Eric Grulke, Ph.D., senior materials scientist, standards advocate, and professor. At the University of Kentucky, Dr. Grulke was the director of the Electron Microscope Center and a professor at the Department of Chemical and Materials Engineering. He was a recent recipient of ANSI's Meritorious Service Award, for his significant contributions to voluntary standardization during his career.

Dr. Grulke specialized in research areas including energy conversion, nanomaterials, pharmaceutical engineering, and polymers and composites. He began his work in the standards arena to support the development of measurement standards for nanoparticles at a time when there were limited relevant standards available to the community. He was a leader within and strong advocate for Working Group 2, Measurement and Characterization, part of the ANSI-accredited U.S. Technical Advisory Group (TAG) to the International Organization for Standardization (ISO) Technical Committee (TC) 229, Nanotechnologies, which sets global standards for nanotechnology measurement and instrumentation. Such standards have helped the growth of the nanotechnology industry and the many applications it supports.

His work at the University of Kentucky and his efforts in TC 229 led to the development of the first international standard out of TC 229/JWG 2 for transmission electron microscopy, a standard viewed as critically important by ISO, the Organization for Economic Cooperation and Development (OECD), the European Committee for Standardization (CEN), and others for characterization of nanoparticles for commercial and regulatory purposes.

Dr. Ajit Jillavenkatesa, chair of the ANSI-Accredited U.S. TAG to ISO TC 229, noted Dr. Grulke's important contributions to science and the ISO TC 229 community, and the U.S. TAG members specifically: "The untimely passing of Dr. Eric Grulke is a big loss to many in the materials science community, ISO TC 229, and certainly to the members of the U.S. TAG to ISO/TC 229. As a long time contributor to the work of this standards group, Eric was both a colleague and a go-to person to me and for many in the nanotechnology standards community. His wit, easy manner, gentle humor and expertise immediately made everyone feel welcome and comfortable. Eric's perseverance in pushing to finish his standards projects while tackling the challenges of his illness was just another indication of his dedication and commitment to the TAG and the technical committee. The decision by his colleagues to award Eric the very first Simon Holland Memorial Award is a testament to the high esteem and respect for Eric. We will miss Eric very much."

TC 229 TAG WG 2 chair, Dr. Angela Hight Walker, was a longtime colleague and friend: "Dr. Grulke was the rare person who was amazing at everything he did. Teaching and research of course, but also engaging large international teams to work on documentary standards for nanomaterial measurements. My time with him as a collaborator could not have been a more rewarding experience."

Previously, Dr. Grulke was an acting associate dean at the College of Engineering at Michigan State University, where we was also a professor from 1978-1993. He was a congressional engineering fellow with Senator Carl Levin, Michigan. Prior to that, he was a senior R&D engineer at B.F. Goodrich's chemical division in Ohio.

He is survived by his wife Virginia Grulke; his son Evan (Lauren) Grulke; his daughter Kristin Grulke; his brothers, David (Cheryl) Grulke and Bruce Grulke; and sister, Nancy Grulke.

A Celebration of Life will be held in January on the University of Kentucky campus.

ANSI Board of Directors Names Volunteer Leaders for 2020