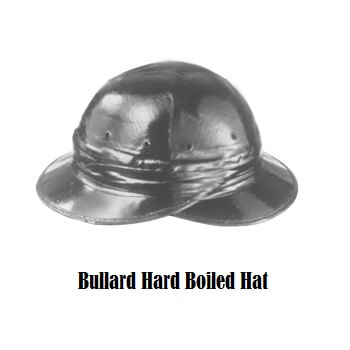 ANSI: What is the Turtle Club and how does it underscore safety of hard hats?

W. Bullard: "The [Bullard] Turtle Club motto, "Shell on Head, We're not Dead," recognizes those who survived life-threatening circumstances by wearing a hard hat. Jim Rahn was a bomb loader stationed in Australia and the Philippines during World War II, then later started a career as an ironworker in 1948. During his decades of construction work, Jim often braved challenging environments on a job site. He earned his induction into the Turtle Club in 1963 while working in a new wing of a hospital."

"Jim was planing plank in the center door of an elevator shaft at St. Luke's Hospital in Boise, Idaho, on May 13, 1963. Meanwhile, the work skip was running in the left-center of the shaft. As Jim looked to the other doorway to confirm the plank fit, the work skip struck him on the top of the head. Jim was rushed to the emergency room of the hospital, then shortly after released with minor injuries. His Bullard hard hat protected him that day from serious injury and possible death. Despite the close call, Jim continued his construction career, retiring after 40 years as an ironworker. Albert "Jim" Rahn (1923-2014) was an early inductee into the Turtle Club, and one we are proud to commemorate today."