As capabilities for drone applications soarfrom food deliveries to filmography and even wildlife monitoringstandardization remains a priority to ensure safety for the industry and larger society. A recent report by the Federal Aviation Administration (FAA) indicates steady growth in commercial drone use in the coming years. How can standardization support this projected surge?

Recent news headlines have highlighted how drones have taken flight as firefighting and rescue solutions, and how they are providing surveillance in military operations. As these unmanned aircraft systems (UAS) become part of the greater picture of everyday processes, their impact is also noticeable in other life-changing ways. In e-commerce, drones could be the alternative for cleaner transportation; in the health field, they serve as medical transport systems for timely surgical and medical procedures.

As drone applications progress, there is also a growing need to establish terminology, practices, and procedures to support drone standards. With participants from industry, government agencies, standards developing organizations (SDOs), and other stakeholders, the American National Standards Institute (ANSI) Unmanned Aircraft Systems Standardization Collaborative (UASSC) serves to foster the growth of the UAS market, with emphasis on civil, commercial, and public safety applications. While the collaborative does not develop standards, it identifies standards and conformance programs that exist or are in development, and defines where gaps exist. In its standardization roadmaps, the UASSC also recommends where additional standardization work is needed and identifies organizations that could potentially perform the work.

To that end, the recent plenary meeting in Washington, DC, served as the official launch of an update to the Standardization Roadmap for Unmanned Aircraft Systems (December 2018).

The UASSC extends an invitation to participate in its collaborative and the roadmap. Participation is open to UAS stakeholders that have operations in the United States. Find out more information on the official UASSC webpage.

Earlier this month, the International Organization for Standardization (ISO) published the standard

The ISO standard follows the publication of several other UAS Standards that were published under the jurisdiction of ASTM International's Committee F38 on Unmanned Aircraft Systems. 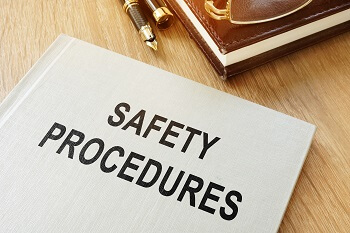 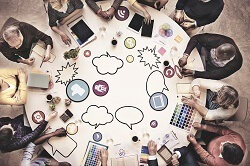 Registration Open: Understanding the Requirements and Concepts of ISO/IEC 17065