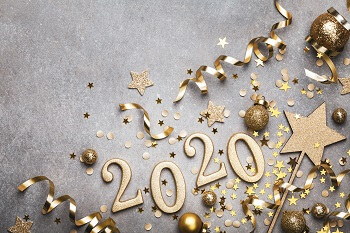 New Year's Eve by the Numbers

Let the countdown begin! With just a few hours to go until the famous New Year's Eve ball drop rings in 2020, the American National Standards Institute (ANSI) takes a closer look at the statistics behind the exciting festivities.

The Transformation of the Iconic New Year's Ball

The glittering New Year's ball on display in Times Square is 12 feet in diameter, and weighs nearly 12,000 pounds, with 2,688 Waterford Crystalsa stark contrast from the original 700 pound ball, which made its debut in 1907 and was constructed of iron and wood, and adorned with one hundred 25-watt light bulbs.

Through the decades, the ball has seen several transformations, from the 400-pound wrought iron ball in 1920 to the 150-pound aluminum ball that found its home in Times Square from 1955-1980. After a few more changes thanks to the Millennium celebration, Waterford Crystal and Philips Lighting, an ANSI member, completely redesigned the geodesic sphere to achieve the look of the one on view in New York today.

The Crowds in Times Square

While it's not easy to calculate how many people will join the New Year's Eve gathering in Times Square, as The New York Times reports, city officials and event organizers have indicated upwards of one million people will be in the crowd; other experts say there will be closer to 100,000.

Regardless of the crowd size, there will be more than 1,200 security cameras and at least a few drones in the mix will be surveilling Time Square for security protection for the first time in history.

One personal finance website reports that more than 360 million glasses of wine are consumed on New Year's Eve, and whereas 45% of Americans plan to celebrate New Year's Eve with family, only 15% will attend public events or parties.

However you choose to celebrate New Year's Eve, ANSI wishes you a happy and safe new year! 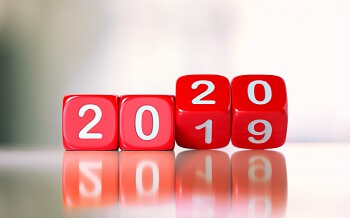 A Look Back at 2019: Standards in Action