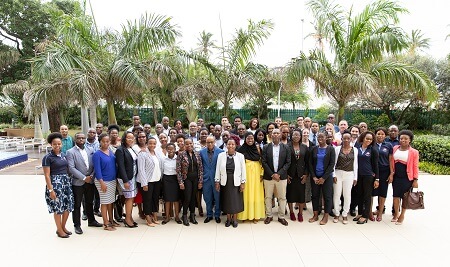 The American National Standards Institute (ANSI), through its public-private partnership with the United States Agency for International Development (USAID), the Standards Alliance, organized a one-day workshop on biofuel standards for household cooking and transportation in Maputo, Mozambique, on November 14, 2019.

This event was led by the founders of Garner Advisors, and in coordination with the Mozambican National Institute for Standardization and Quality (INNOQ) on the 100th annual World Quality Day. World Quality Day was created to increase the awareness of quality issues and celebrate the many contributions of quality on a national and global level.

The workshop was attended by 78 participants from the public and private sectors and included presentations by eight expert speakers - five from the U.S. (Garner Advisors, POET, Seeds of Change, and the U.S. Grains Council) and three from Mozambique (INNOQ, GreenLight Africa, and Ministry of Mineral Resources and Energy-MIREME).

The event helped build awareness regarding the uses, market value, and application of bioethanol in Mozambique. Presentations led to important discussions surrounding U.S. market access as well as international best practices to support high quality and safe fuels in the Mozambican market. Opening speakers laid a foundation for afternoon sessions, which discussed tax and classification issues for bioethanol and how addressing these with standards can benefit consumers and ultimately help the industry. In particular, speakers and participants discussed standards such as ASTM International standards ASTM D4806, ASTM D4814, and ASTM D579, which focus on biofuels such as ethanol, petroleum, and gasoline. At the closing of the workshop, speakers and participants called for cross-sectoral coordination to promote such environmentally friendly programs and activities.

In Mozambique, biomass fuels account for an overwhelming majority of all energy use. In 2018, 95 percent of the rural population and 88.6 percent of the urban population used solid fuels for cooking, according to the Clean Cooking Alliance, a non-profit organization operating with the support of the United Nations Foundation.

While traditional biomass fuels such as wood and crop residue are renewable in principle, the current level of usage is not sustainable and contributes to massive deforestation and negative health impacts. Each year household air pollution from indoor smoke and airborne particles, as a result of cooking with solid fuels, leads to the hospitalization and premature death of many children and women across the African continent.

Ethanol, however, is uniquely suited for household use. When used in a proper stove, ethanol burns cleanly and efficiently, cannot explode, and cooks meals faster than traditional biomass. Cleaner, more efficient cooking fuels are an essential component of regional efforts to reduce environmental impacts of deforestation and risks to human health, but also create an opportunity for smallholder farmers to diversify their incomes through access to a second market.

Mozambique, in particular, has the potential to develop a robust ethanol market - for both the transportation and cooking sectors. Early ethanol interventions have demonstrated that Mozambicans were willing to switch to ethanol for cooking, with 36,000 households purchasing an ethanol stove within a few short years. Because of these facts, Mozambique is considered an ideal host country for continued work to strengthen the ethanol market.

The promise of ethanol cannot be achieved without a sound technical and policy framework to support the production, sale, and distribution of ethanol. In addition to technical standards and conformity assessment that address the performance and safety requirements for ethanol, taxes and tariffs on ethanol need to be addressed before an enabling business environment can be realized.

About the Standards Alliance and Trade Africa

The Standards Alliance was announced by USAID in November 2012 as a new funding facility designed to provide capacity-building assistance to developing countries, specifically related to implementation of the World Trade Organization (WTO) Technical Barriers to Trade (TBT) agreement. The main objectives of the program include: increased understanding of WTO TBT principles; implementation of the code of good practice for the preparation, adoption, and application of standards; improved transparency in the development and/or modification of technical regulations; and more robust and transparent engagement with the private sector in standards development and use.

Trade Africa was an initiative between the United States and sub-Saharan Africa that was initiated in 2013 with countries of the East African community to increase continental and regional trade within Africa, and to expand trade and economic ties among the United States, Africa, and other global markets. In 2014 the Trade Africa Initiative expanded to involve new partners, including Cote d'Ivoire, Ghana, Mozambique, Senegal, and Zambia. In support of Trade Africa, the Standards Alliance partnered with Cote d'Ivoire, Ghana, Mozambique, Senegal, and Zambia to improve compliance with the WTO rules on trade facilitation and TBT. 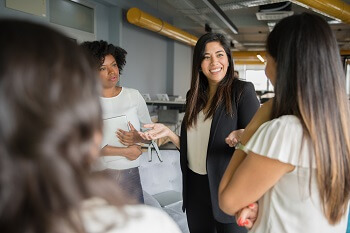