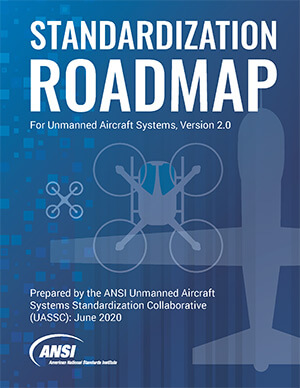 The American National Standards Institute (ANSI) announced today the publication of the Standardization Roadmap for Unmanned Aircraft Systems (Version 2.0).*The roadmap was developed by the Institute's Unmanned Aircraft Systems Standardization Collaborative (UASSC), a group established to coordinate and accelerate the development of the standards and conformity assessment programs needed to facilitate the safe integration of unmanned aircraft systems (UAS, or "drones") into the national airspace system of the United States. More than 400 individuals from 250 public- and private-sector organizations supported the document's development, including representatives of the Federal Aviation Administration (FAA), other U.S. federal government agencies, standards developing organizations (SDOs), industry, academia, and others. A webinar with UASSC leaders providing an overview of the roadmap will be held on July 15 at 12 noon Eastern. Register here.

The release of the updated roadmap represents the culmination of the UASSC's work over the last nine months to identify existing standards and standards in development, assess gaps, and make recommendations for priority areas where there is a perceived need for additional standardization including pre-standardization research and development (R&D). Issues are addressed under the broad headings of airworthiness; flight operations; personnel training, qualifications, and certification; infrastructure inspections; environmental applications; commercial services; workplace safety; and public safety operations. The document also includes brief overviews of the UAS activities of the FAA, other U.S. federal government agencies, SDOs, and various industry groups.

Ultimately, the aim of the UASSC roadmap is to support the growth of the UAS market with an emphasis on civil, commercial, and public safety applications. While the UASSC does not itself develop standards, its roadmap recommendations are anticipated to see wide adoption by the standards community.

The reason for undertaking the version 2.0 update was to expand the document's content, engage subject matter experts not previously involved, identify potentially overlooked gaps, track progress by SDOs to address the recommendations contained in version 1.0, review priorities, and otherwise incorporate feedback. Of 78 issue areas examined, 71 open gaps were identified, meaning there is currently no published standard or specification that covers the issue in question. Each gap includes a corresponding recommendation for action, along with a priority level for producing a standard and the name of a suggested organization(s) that can address the need. Of the open gaps, 47 have been identified as high priority, 21 as medium priority, and 3 as lower priority. In 53 cases, additional R&D is needed. Two version 1.0 gaps were closed, 3 were withdrawn, and 16 new gaps were added.

Many sections of the document were substantially revised or expanded, including such areas as: categories of spectrum applicable to command and control (C2) link and communications, continued operational safety, UAS detection and mitigation, and public safety tactical operations. New gap analysis sections were added related to:

It is envisioned that future work will entail promotion of the roadmap and establishing a mechanism to assess progress on its implementation.

"ANSI extends its thanks and congratulations to all the volunteers who contributed to the development of the updated UASSC roadmap," said ANSI president and CEO Joe Bhatia. "This latest accomplishment is illustrative of ANSI's ability to bring together public- and private-sector stakeholders to define standardization needs for emerging technologies and national and global priorities."

ANSI's facilitation of the UASSC is supported in part by contributions from the FAA, the U.S. Department of Homeland Security Science and Technology Directorate, ASTM International, and others. For more information, visit www.ansi.org/uassc.

*Note: The roadmap link above will not be accessible on July 3rd at 11 am Eastern for about 12 hours due to site maintenance.

About ANSI
The American National Standards Institute (ANSI) is a private non-profit organization whose mission is to enhance U.S. global competitiveness and the American quality of life by promoting, facilitating, and safeguarding the integrity of the voluntary standardization and conformity assessment system. Its membership is made up of businesses, professional societies and trade associations, standards developers, government agencies, and consumer and labor organizations. ANSI represents and serves the diverse interests of more than 270,000 companies and organizations and 30 million professionals worldwide.

The Institute is the official U.S. representative to the International Organization for Standardization (ISO) and, via the U.S. National Committee, the International Electrotechnical Commission (IEC). For more information, visit www.ansi.org. 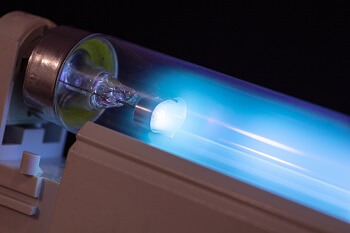 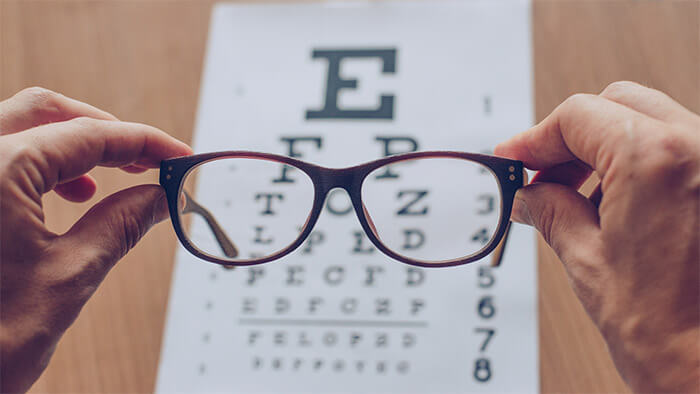