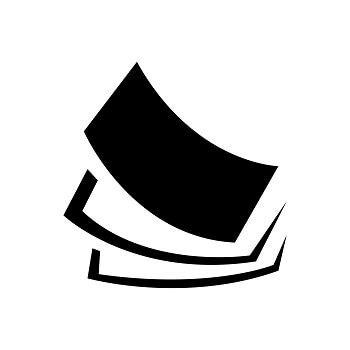 The American National Standards Institute (ANSI), which supports U.S. Department of Commerce (DoC) efforts to protect national and economic security, submitted a formal coordinated response with several recommendations to DoC's Bureau of Industry and Security (BIS) regarding the interim Final Rule - release of "technology" to certain entities on the entity list in the context of standards organizations. ANSI's response was submitted on behalf of the standardization community, and incorporates input received from numerous members.

In July 2020, ANSI issued a call to action for member input on the new interim Final Rule that amends the Export Administration Regulations (EAR). The rule, published in the June 18, 2020, Federal Register, amends the EAR to authorize the release of certain technology to Huawei and its affiliates on the Entity List without a license if such release is made for the purpose of contributing to the revision or development of a ‘‘standard'' in a ‘‘standards organization.''

As the coordinator of the U.S. private sector-led standardization system and the U.S representative to two major international standards-setting bodies - the International Organization for Standardization (ISO) and, via our U.S. National Committee (USNC), the International Electrotechnical Commission (IEC) - ANSI is an advocate for broad engagement in standards activities that support U.S. competitiveness and enable innovation. Standards development organizations (SDOs) are integral to the process of commercializing and deploying cutting-edge technologies, such as 5G cellular communications, artificial intelligence (AI), Internet of Things (IoT), among other activities.

In its response, ANSI emphasizes that "continued limitations on the ability of U.S. companies to engage in standardization venues where entities included on the Entity List also participate creates a very real risk of fragmentation in international standardization, increased compliance costs for industry, and reduced credibility of U.S.-based SDOs as open global standards organizations." ANSI members recognize that active participation in global standards forums directly aligns with the stated policy objectives of the U.S. government, including: the President's Executive Order on Maintaining American Leadership in AI, the National Strategy for Secure 5G, and the Secure 5G & Beyond Act. The ANSI response argues that the goals of these policies cannot be achieved if U.S. companies are limited and constrained in their ability to lead and participate in standards development activities.

ANSI strongly recommends that BIS consider the following clarifications and expansions to the interim final rule to address the continued requirements that hinder U.S. companies' engagement in standardization:

Noting that some standards bodies exchange source and executable software code in the course of their work, and standards development activities in specific cases will relate to encryption, ANSI urges BIS to clarify the scope of the exemption to include both EAR99 and AT-controlled software in the scope of the authorization, in addition to "technology", and also recommends that BIS also add specific commercial encryption items to the authorization.

Regarding covered standards activities, the ANSI response notes that OMB Circular A-119 recognizes that standards organizations need to be involved in many types of activities necessary to promulgate a standard so that it is effective. The SDO Advancement Act of 2004 defines "standards development activity" as "any action taken by a standards development organization for the purpose of developing, promulgating, revising, amending, reissuing, interpreting, or otherwise maintaining a voluntary consensus standard, or using such standard conformity assessment activities."

To that end, ANSI encourages BIS to clarify that activities related to certification or conformance testing, when performed by a standards organization or in support of a standards activity, are covered. This action would help ensure that U.S. contributions can be made to all standards development activities and continued normal operations of standards bodies based in the United States.