The following Q & A with Robert S. Adler was excerpted, with permission, from a piece previously published in The Regulatory Review, “Reflections of an Unapologetic Safety Regulator.” Adler served as the acting chairman of the U.S. Consumer Product Safety Commission from 2019 to 2021. Prior to assuming that position, he served as a CPSC commissioner since 2009.

You joined the CPSC staff in October 1973. What do you think people should know about that time in U.S. government?

The Consumer Product Safety Commission was established in the early 1970s as part of what has come to be known as the “Consumer Decade,” the period between the mid-1960s and the mid-1970s, when an unprecedented number of new regulatory agencies were established or granted new authority. These include the Environmental Protection Agency (EPA); the Occupational Safety and Health Administration (OSHA); the Commodity Futures Trading Commission (CFTC); the National Highway Traffic Safety Administration (NHTSA)—and, of course, the CPSC. I believe that an overwhelming body of evidence demonstrates that health and safety agencies—many started during the Consumer Decade—have been a net positive for consumers and for the nation.

Can we measure those successes?

Yes, at a relatively low societal cost, regulatory agencies have dramatically reduced deaths and injuries over the past decades. For example, in its almost fifty years of operation, CPSC has seen substantial declines in death and injury in the face of a growing population. When I last checked, the following statistics related to CPSC safety rules applied: a 51% reduction in residential fire deaths, 60% reduction in lawn mower injuries, 72% reduction in electrocutions, 87% reduction in poisoning deaths, 88% reduction in baby walker injuries, 92% reduction in crib-related deaths, and 100% reduction in refrigerator suffocations. Comparable statistics undoubtedly exist for other safety agencies as well.[1]

What changes did you see, from the time when you were on CPSC staff to when you served as acting chair?

What I have seen over my time as a regulator is what is known as “The Great Safety Paradox.”  There is a corollary to safety agencies’ effectiveness. Paradoxically, the more successful regulators are in protecting the public, the less anyone notices. Most parents don’t realize that the cribs they place their infants in no longer permit them to slip between the slats and strangle. Nor do they understand how much safer and less lead-laden their children’s toys are.  Similarly, consumers never recognize that their children no longer face being crushed by a garage door that unexpectedly closes on them. Nor do infants suffocate in refrigerators with doors that cannot be easily opened from within.

Numerous government safety rules operate in similar fashion, with life-saving benefits but little public recognition. This is not a complaint, but a reminder that safety agencies play a significant, albeit often unrecognized, role in protecting the public. In fact, most agency staff feel completely rewarded with the knowledge that they have saved the lives of thousands of consumers whom they will never meet. Or to paraphrase a metaphor from a wise observer: “The greatest gift you can give the world is to plant a tree under whose shade you never expect to sit.”

What misconception about consumers and product safety do you wish you could correct?

Rarely a month goes by when I don’t hear the taunt, “You can’t protect ‘stupid.’” Well, yes and no. There’s no doubt that consumers can fail to follow manufacturers’ instructions or act foolishly when they use consumer products. To be sure: at some point where consumer misbehavior is extremely reckless or completely unforeseeable, government’s role as a protector should be limited. On the other hand, blaming consumers for utterly human and completely predictable behavior is too often the response of many critics. That’s misguided and dangerous. Few, if any, consumers pay perfect attention or take unstinting care when using products—nor should they be held to such unattainable standards. Simply put, failing to protect against the harm arising from predictable behavior inevitably places lives at risk. Or, as former CPSC Commissioner, R. David Pittle (my former boss), once put it: “It’s more effective to redesign products than it is to redesign consumers.”

For example, metal-tipped lawn darts were play products intended to be lofted to distant targets. Tragically, their needle noses could penetrate the skulls of players and bystanders and did so with an accumulating injury and fatality rate. Although long aware of the hazard, manufacturers relied on warnings and blamed “careless” consumers as their main defense against these horrific accidents. Unfortunately, no warnings or other safety precautions could protect against errant throws or prevent children from unexpectedly dashing into danger—eventually leading to CPSC banning these products. Blaming consumers for the unreasonable risk of a badly designed product served only to delay proper safety measures.

What misconceptions about government do you wish you could correct?

That federal employees are neither incompetent nor lazy. As a recent article[2] by Professor David E. Lewis, a University Distinguished Professor at Vanderbilt University, argued, it is a myth that the federal bureaucracy is a bloated, unresponsive, and incompetent group. To the contrary, surveys of both Democratic and Republican federal executives reveal that most have found the bureaucracy to be extremely responsive and competent. This certainly matches my view of the staff with whom I have worked over the years. Most of the staff at agencies like CPSC offer great skill and a deep commitment to saving lives.

Being a regulator offers the opportunity to leave a meaningful legacy. I have learned over the years that the work of regulators is hard, endless, far from divinely ordained, and anything but sexy. Ultimately, however, the meaningful impact makes the work worthwhile. By a wide margin, I prefer a legacy that represents my attempt to leave the world a little better than when I first entered it. 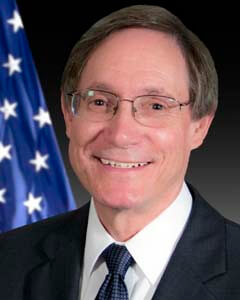 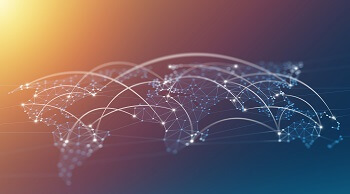